Posted on January 11, 2014 by animatedlibrarian

As I have mentioned before I am a proud member of the San Diego Modern Quilt Guild. Not that my quilts are all modern but I love the way they hold a meeting. We have the general agenda where announcements are made, the new bee block is revealed and whatever else needs to be said. Then there is the sharing, always awesome. Usually we have a demo of a technique after that and then we sew together for hours. It’s a great day.

A few months ago we were told that our president was not planning on running for reelection (she founded the group years ago and has been the president ever since). So a call went out to make a string block or two for a quilt we would gift her after the new elections. We were given color parameters and told to go forth into our stash 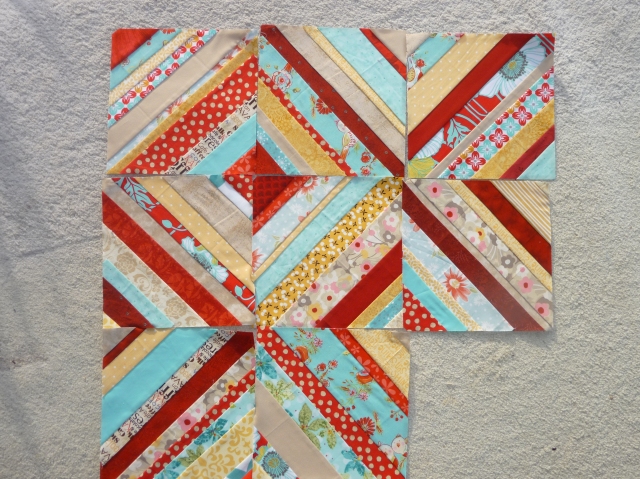 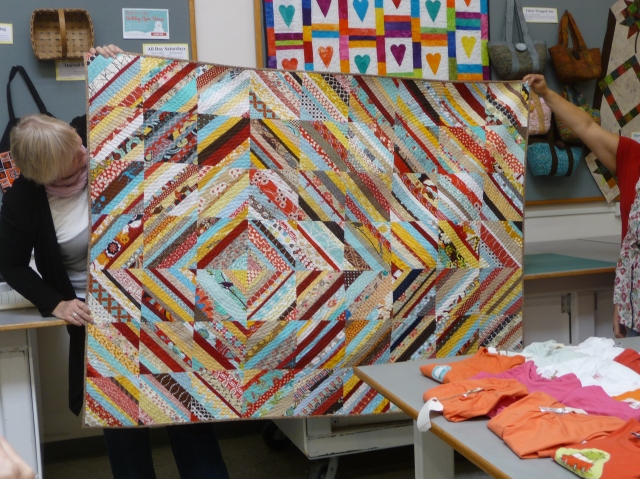 I can’t believe how cool it turned out. She was thrilled. The color way was based on a pillow she had shared many months earlier and she couldn’t believe we remembered…good feels all around.

There was also a secret santa that I participated in. We gave each other random stuff for a few months leading up to the big reveal. Fat quarters, candy and fun quilty stuff was exchanged ( I did get another scrappy sprout block, yippee!). We had filled out a form stating the kind of thing we’d be interested in getting for our final gift and I just said a glasses case. Now, I was thinking some little thing I slip my reading glasses in but noooo my over achieving santa couldn’t make that she made this 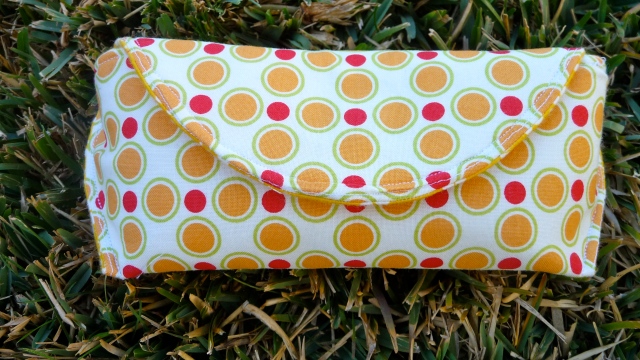 with a magnetic closure and everything. I don’t know how she figured this thing out. Ohhhh that’s not all, she couldn’t stop there. It was nestled in a big honkin’ zipper pouch 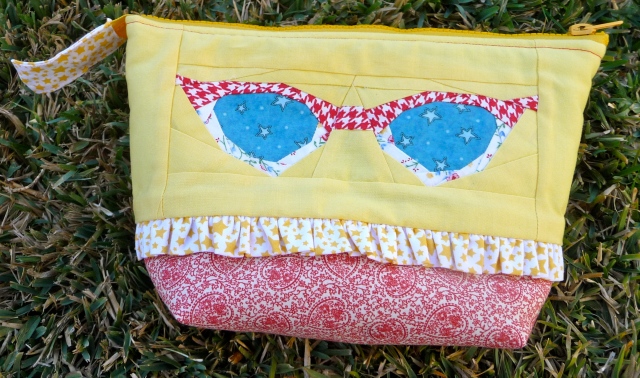 look at those paper pieced glasses! 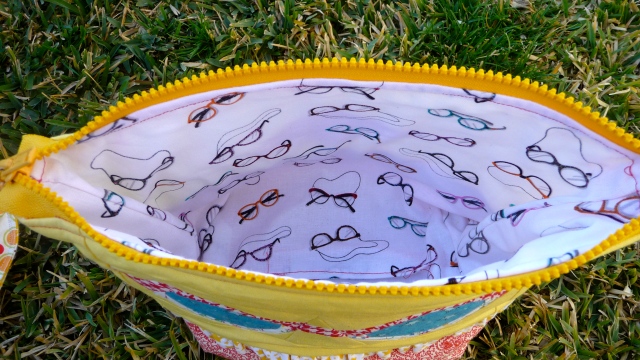 And she lined it with glasses fabric. She said she got the pattern from Noodlehead in case you’re interested.

Coincidentally, my secret santa giver was also my receiver and I worked for a whole day and then some on her mug rug 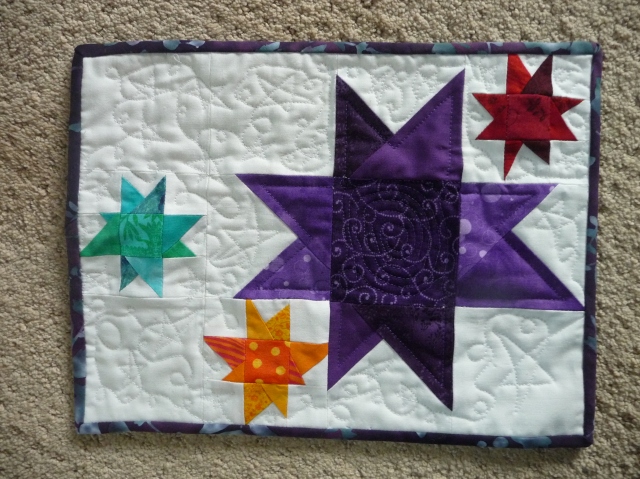 I had never made one before. In fact, I didn’t know what a mug rug was before I began this journey. Nor had I ever made wonky stars. I had to look up how it was done in my Modern Blocks quilt book. To make matters even more exciting I am relatively new to the whole free motion quilting thing so that took some practice before taking the plunge on this little gem. 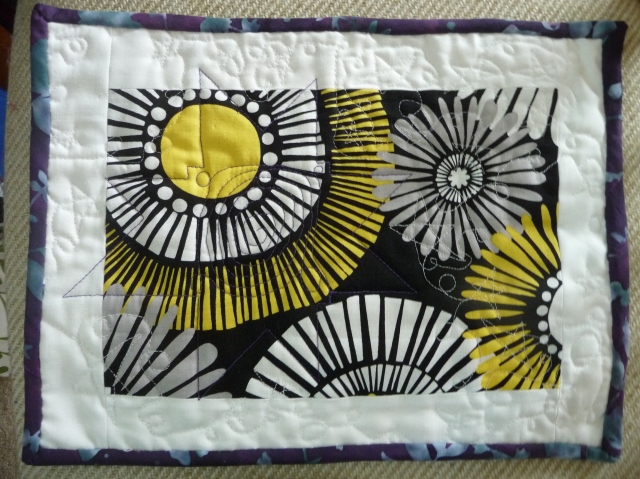 This is the back. I used a piece of fabric I got from Julie Herman of Jaybird Quilts when she brought in some of her stash to give away at quilt guild.

and finally I realized I had never actually posted a picture of my finished puppy quilt. 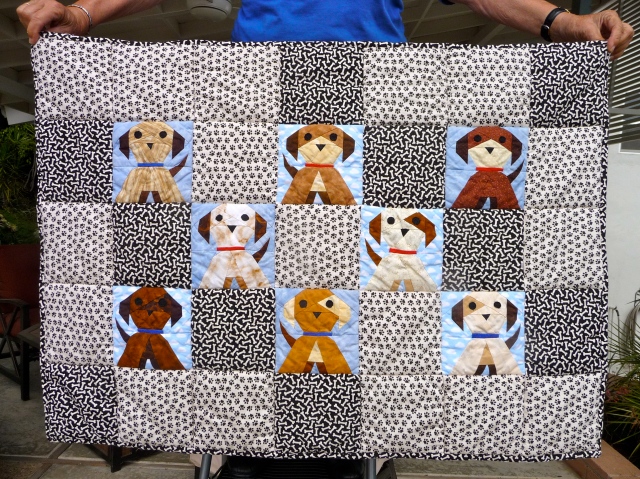 Here she is. We actually keep it on the floor for our dear Apollo where he plays on it with his little toys. Hopefully it will stand up to all the love he gives it.

I am the Online Services and Instruction Librarian at San Diego Mesa College, I have a doctorate in Education Technology from Pepperdine University. When not quilty/sewing I like to do Muay Thai kickboxing :-)
View all posts by animatedlibrarian →
This entry was posted in Finished!, Paper Piecing and tagged Finished Quilts, puppy quilt. Bookmark the permalink.

Making pretty things & talking about it

Quilt maker to the stars!

little bits, lots of them